There are many caminos to the Cathedral of Santiago in Galicia, Spain. It doesn't matter where you start, only that you go, and follow your heart. For some, one day is enough. Many pilgrims choose to walk the last 100 kilometers (62 miles), known as the French Way, in 5–7 days. Some spend months on the sojourn, starting in places like Budapest, Prague, Amsterdam and Dingle. The Irish pilgrims begin at the most westerly starting point in all Europe, St. James Church on Main St. in Dingle, Co. Kerry. 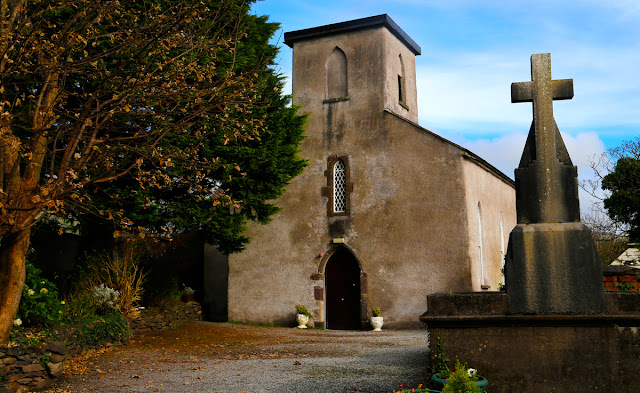 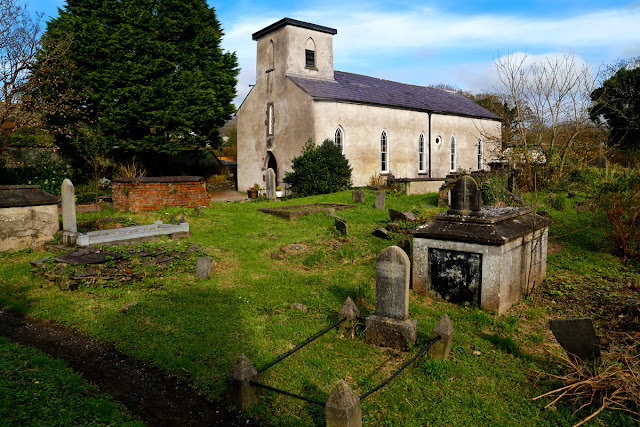 But they don't walk far. Just down the street to the docks and board a boat sailing to Corona, in Northwest Spain. Then about 15 hours of walking brings them into Santiago de Compostela.

I always thought the Irish pilgrims would have traveled first to Dublin, through St. James Gate, and cross the Irish Sea to Wales then stroll across England and cross the Channel to northern France, trekking all the way south and over the Pyrenees into Spain. Nope. They just took a boat. (no one said you had to walk!)

And it makes sense when looking closer at a map of Europe's west coast. Dingle and Santiago have nearly the same longitude! 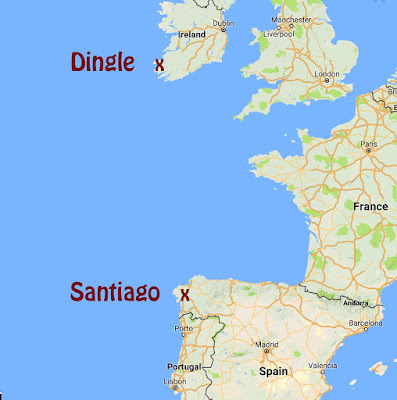 The Spanish and Irish have a Celtic–Gaelic connection going back to 300 BCE.